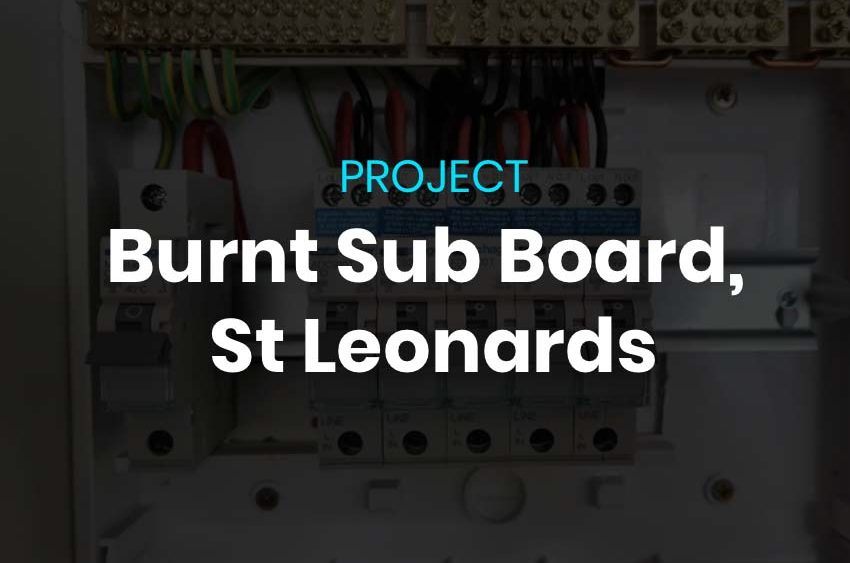 Burnt Cabling in Sub Board on Neerim Rd, St Leonards

Electrical burning and fires can happen even if you take the necessary precautions and ensure that the electrical system in place is of high quality. Regular maintenance is of the utmost importance in order to avoid an electrical burning issue, especially as there are a few pretty common causes.

Some of them include faulty outlets, old wiring or electrical systems, overloading light fixtures and so on. Therefore, there is no denying that you need to ensure regular maintenance services.

What Was the Electrical Issue?

A client located on Neerim Road has reported an electrical burning issue, stating they can see and smell smoke coming from their kitchen. There is no wonder this was reason enough to worry, so it was a good decision they called for help. We had to investigate the issue further.

Based on what the client has mentioned, we understood that the electrical burning might have been caused by burnt cabling in the electrical sub board due to losing connections on the terminal bar. 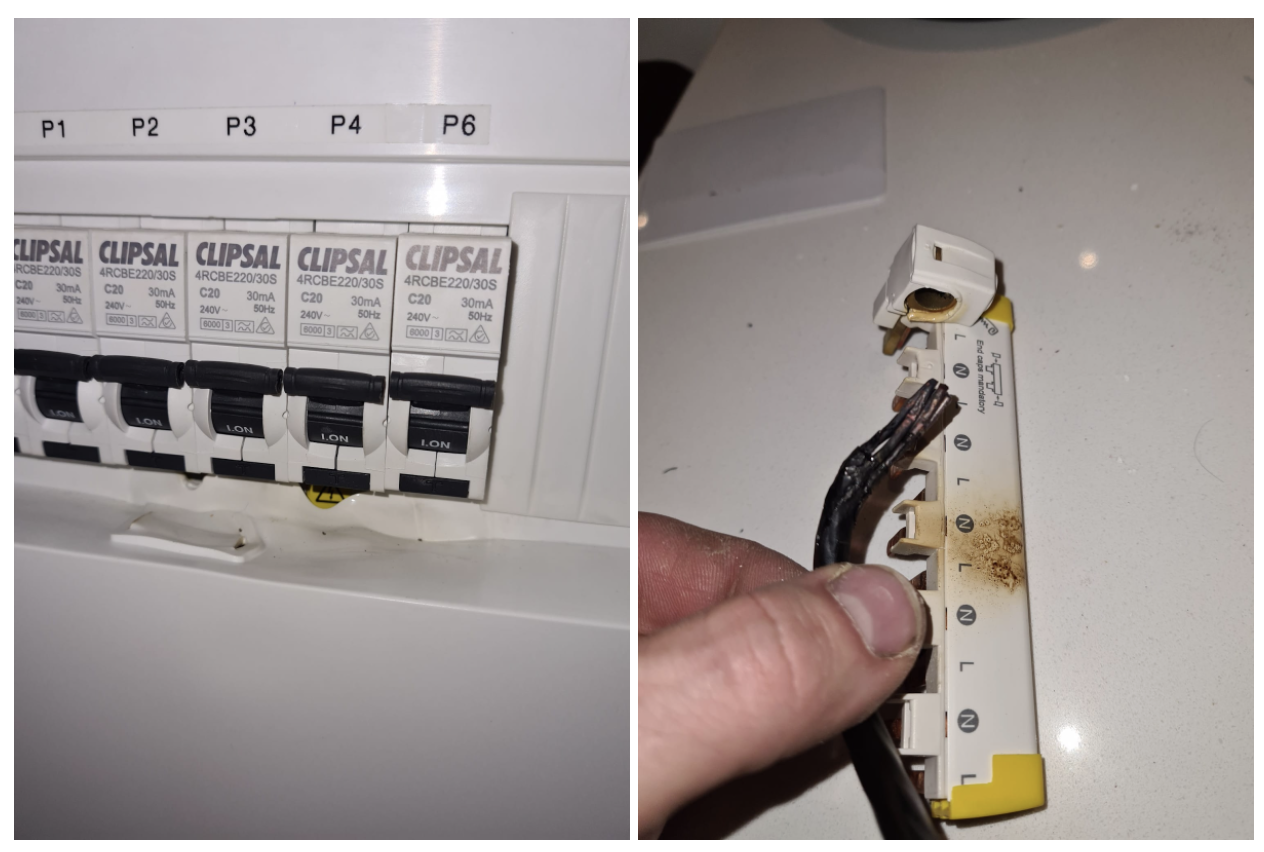 Our Investigation and Discovery

We take every job very seriously and treat every issue as urgent to provide the best services. When we heard about this electrical burning problem on Neerim Road, it was of the utmost importance to investigate it in more detail.

The first step was investigating the downlights based on the client’s claim. Because they believed that was the main issue, we had to eliminate this possibility or confirm it. After a thorough investigation, we were able to locate the problem in the switchboard above the fridge.

When we took a closer look at the switchboard, it could be observed that the enclosure had melted severely and that the main neutral had not been screwed down properly. Evidently, such issues are prone to cause electrical burning.

After a detailed investigation where we were to discover the cause of the problem, we made an analysis to provide the best solution so that our client could be reassured there was no need to worry.

Our Support and How We Helped

As soon as we identified the main cause, it was necessary to isolate the power to the entire apartment in order to replace the switchboard malfunctioned pieces.

So, the solution to this electrical burning involved removing the burnt-out switchboard enclosure, given that the current melted one was in no condition to function properly anymore. Then, after we cut back the burnt cabling, we were able to install a new enclosure that ensures the switchboard works correctly for overall safety.

All that was left to do after the careful replacement of damaged pieces with new and well-functioning ones was to neaten up the switchboard, making sure everything was in place and working as it should.

The work had to be appropriately labelled and tested carefully to guarantee that everything on the switchboard was functioning well. This is imperative to ensure the safe use of the switchboard so that the client has no reason to worry about a possible electrical burning issue.

After the job had been completed, labelled, and tested, we commissioned the project accordingly based on our transparent pricing. 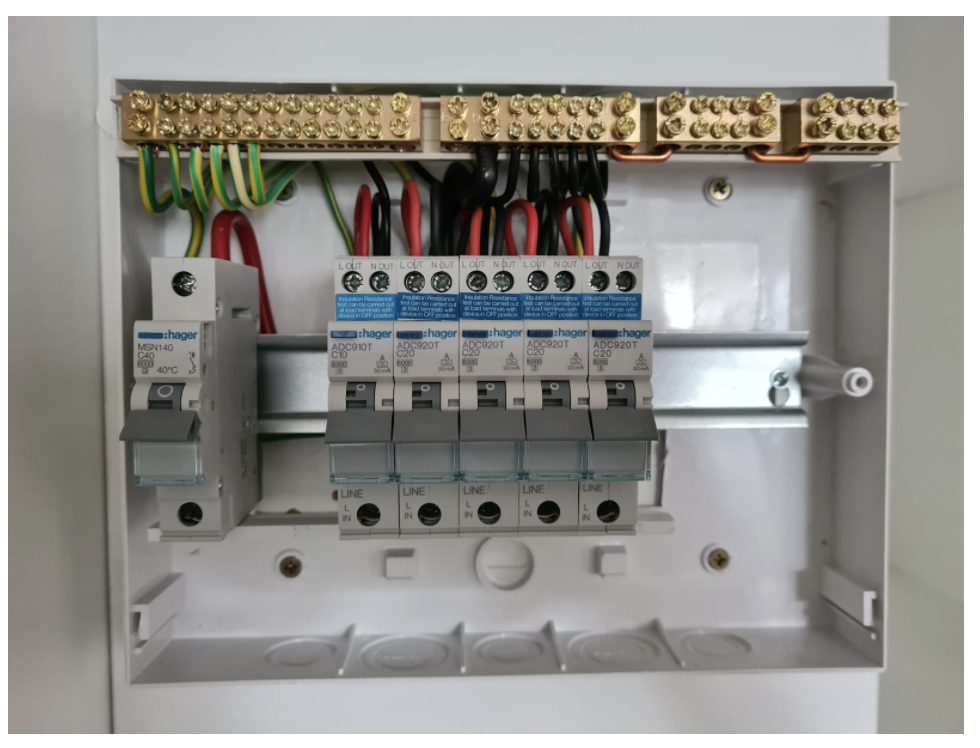 What Was the Result of the Job?

Now that the issue has been resolved, the client has no reason to worry about their electrical system malfunctioning. Taking care of this electrical burning issue has made our client happy, and they can now use their electronics and appliances safely.

Where Did the Job Take Place?

Located in the St Leonards suburb, on Sydney’s lower North Shore, we responded to a client call who contacted us saying they have an electrical issue and can smell and see smoke coming from the kitchen. So, AB Electrical & Communications rushed to Neerim Road, not too far from Castlecove Golf Club, to investigate the issue and resolve it as soon as possible.

Meet the Person Who Worked the Job

AB Electrical & Communications sent one of our trusted tradesmen to investigate the electrical issue on Neerim Road, St Leonards. Benny is an experienced and reliable member of the team, highly skilled and professionally prepared to understand and solve electrical problems.